In our solar system, planets are transiting or moving every moment and at the time of the birth of a baby, we take the snapshot or picture of the planetary position in the form of the horoscope which describes through twelve houses and twenty-seven constellation with the rising sign or ascendant, etc.

For example, prepare a blank chart as below given and write the rising sign or ascendant in the first house and move ascending with the next number from right to left side till twelfth house. The horoscope has twelve houses and each house has different significations of life from birth to death. 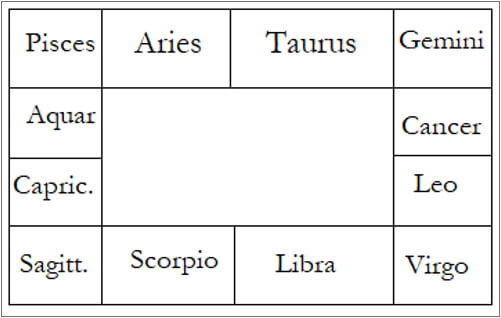 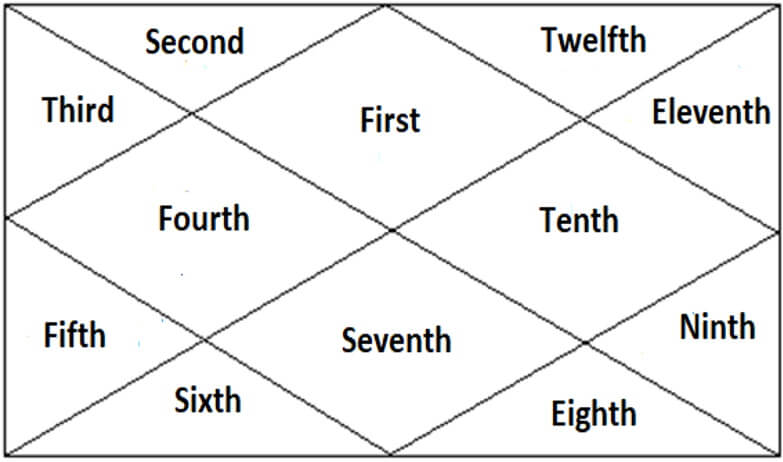 For prepare, a horoscope we need the below information of the planets to place in the corresponding houses. Ascendant means rising sign at the time of birth along with other planets should be placed in the birth chart with constellation and degrees etc.

In this birth chart, we have written 9 because the rising sign is falling under Sagittarius (9th sign of the zodiac) sign which is ruled by Jupiter and it may be other signs also out of twelve signs. So, place the rest of the planets also as per the sign mentioned in the chart. 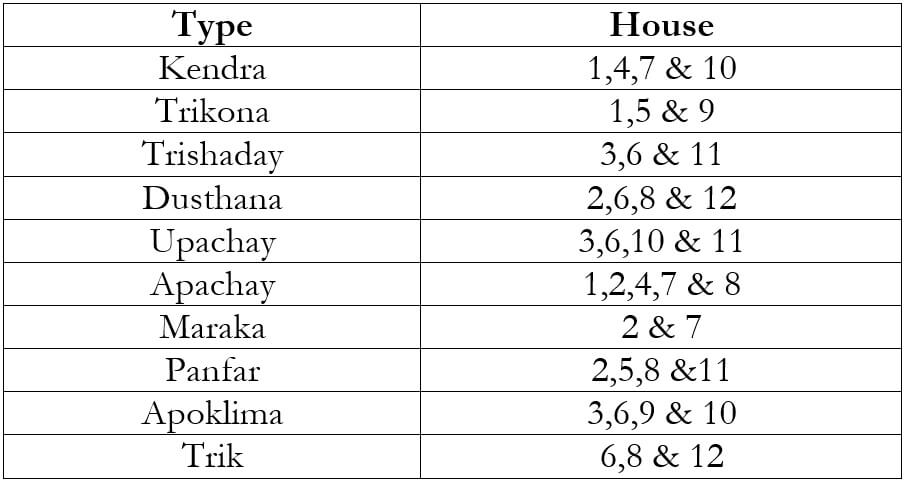 Now understand each house in the horoscope that rules or signify different attributes to life.

Significations: This house is, called ascendant also that tells about the self, the most important house of the birth chart which plays an important role in predict astrology. It signifies personality, complexion, body constitution, natural tendencies, vigour, vitality, physical stature, the upper part of the face, jest for life, perception, attitude, mouth, honour, well-being and starting of life and dignity

Significations: This is called the house of finance and family, education, profit and gains, education, money accumulation, resources, wife, neighbours, speech, material achievements, stocks and bonds, vision, security, jewellery and one more important this is that this house is killer (Marka Sathan) or threat creating to life

Disease: Large intestines, appendix, lower abdomen, kidney and problem related to the back.

Disease: Hips, an interior system of female and thighs.

Disease: Hollow behind the knee(popliteal), knees caps and joints.

Every single word from the client makes us better by improving our services in more satisfying way and gives us pleasure for what we deliver something valuable to our clients.

Very experienced astrologer listens to every problem and situation patiently and then provides a proper solution for the problem without any propaganda. Worth it.

A breath of fresh air in Vedic astrology, accurate and honest predictions and solutions, I would highly recommend him based on my experience. Combination of Lal Kitab and Vedic approach.

I have underestimated the finding Given by mr Ashok, but later on it was so accurate and given some formal remedies too. It was amazing experience. Thank you so much Sir.